In the small town of St. Andrews by-the-Sea in New Brunswick, Canada, a luxurious and 5-star inn is highly regarded for its location and ambiance. Kingsbrae Arms, which means "top of the hill" in Scottish, is sought after by visitors who want both first-class amenities and old-world charm and hospitality. 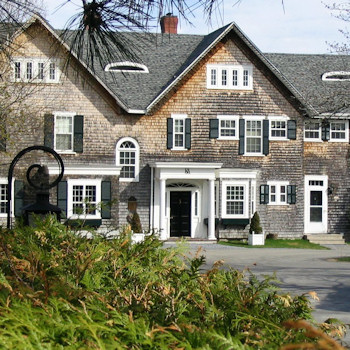 Originally a summer estate built in 1897, Kingsbrae has been renovated to become a full-service inn. There are just ten rooms and suites, but each one is furnished individually with carefully chosen furnishings. Inns Website 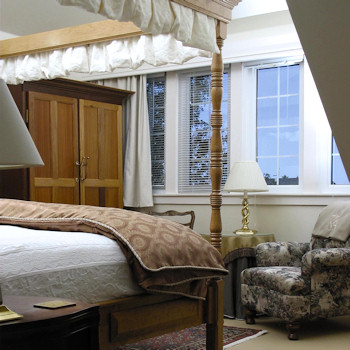 There are four-poster maple beds, locally-made mahogany armoires, and antiques. Each room has a gas fireplace too, as well as a television, Internet connection, and double whirlpool tubs. Bath supplies are luxurious, and there are rooms with Jacuzzis. Some have views of the bay while others look out into the garden. Those who want a swim in the heated pool can enjoy the rose gardens nearby. 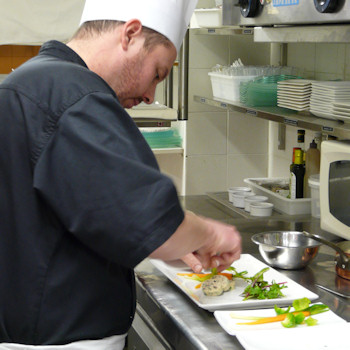 The dining experience in this 5-star inn has also been highly praised. The food is nouveau Canadian-style, meticulously prepared by a chef with an eclectic background in international cuisine. There is a five-course meal every night—the rates include both breakfast and dinner—and wine is carefully chosen to go with the dishes.

Kingsbrae Arms is family and pet friendly. The whole place can even be reserved for special occasions like weddings and family gatherings.

Romance, Nature, and Other Things to Do in St. Andrews

Kingsbrae has been called an “exquisitely romantic inn,” with its spectacular views of the Bay of Fundy and the colorful horticultural gardens. A member of the highly selective Relais & Châteaux luxury hotel network, Kingsbrae has all the 5 Cs that characterize members of the group: charm, character, courtesy, calm, and cuisine. 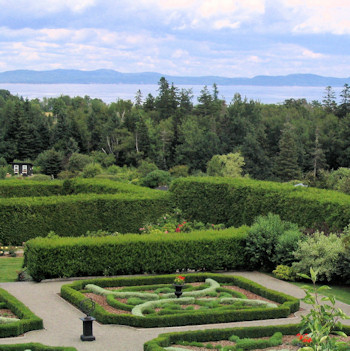 Aside from a romantic excursion, Kingsbrae guests have other options while staying in the hotel. Nearby is the world-renowned Thomas McBroom signature golf course in St. Andrews. Spending time in the 11-hectare garden is a treat as well, with its plant variety, themed areas, a Dutch windmill imported from Holland, a cedar maze, a labyrinth, ponds and fountains, walking trails, and Children’s Garden, among others.

There are nature tours and high seas excursion in the Bay of Fundy, too, to watch out for migrating whales especially during summer months. One can also go kayaking in the sea, as the Bay is known to be one of the richest marine ecosystems worldwide. 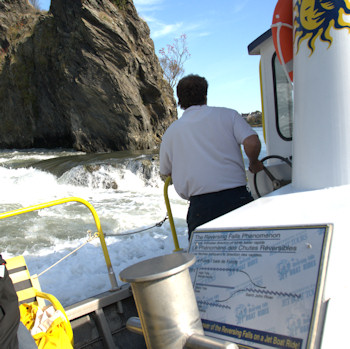 For those who appreciate museums and historical sites, the small town has several places to offer, from the Ross Museum to the St. Andrews Block House, Loyalist Cemetery, Lighthouse, and the Ministers Island, home of Sir William Van Horne, a railroad tycoon. There is also the Huntsman Marine Center, the Atlantic Salmon Federation, and the Interpretive Centre, and the Kings Landing Historical Settlement.

If there’s enough time, a day trip to the Roosevelt Campobello International Park on Campobello Island is highly recommended for American history buffs. Franklin and Eleanor Roosevelt spent their summers in their 34-room home, and the estate is a must-see.

Life in St. Andrews by-the-Sea has been described as unspoiled and laid back. Staying in Kingsbrae Arms ensures that guests will not only enjoy the luxury of a 5-star inn, but the hospitality and ambiance as well of a private country home.  Hotel photos provided by the Inn.  Bay Of Fundy copyright Bruce Murray.