Those with a lively sense of curiosity learn something new every day of their lives. The hotel Casa del Mar, strategically located along San Monica Bay in California, had been one of the grandest beach club hotels in the 1920s, catering to the rich and famous who flocked to the club to party and gamble the night away. World War II unfortunately ended the happy times, when the building was confiscated and used by the military.

In the late 1990s, however, with a $50-million influx of renovation money, Casa del Mar was revived to relive its glory days once again. 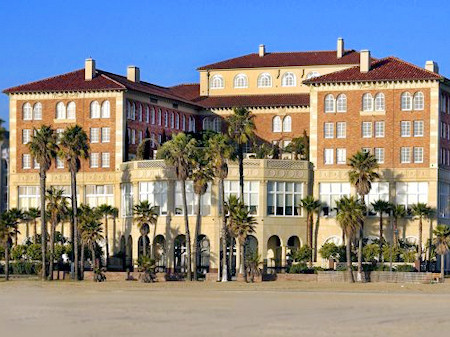 Renovated by Edward Thomas Hotels which also own its sister property, Shutters on the Beach, the eight-storey Casa del Mar’s 1920s appearance has been carefully preserved. Its Renaissance Revival style leaves a lasting impression on its guests, especially with its huge chandeliers, gold silk curtains, overstuffed couches, and floor-to-ceiling windows and the ballroom which directly opens to the beach. Hotel Website The hotel’s 1920s features are consistent in how the public areas have been decorated. There is a luxurious lobby, a restaurant and lounge facing the ocean, an outdoor pool, a terrace garden, fitness center, and a spa with a sauna and steam room, and body and facial treatments. It has a business center as well, and a DVD library for those who would rather stay indoors and relax. Smoking is prohibited inside the hotel, but the management has designated smoking areas to be used. 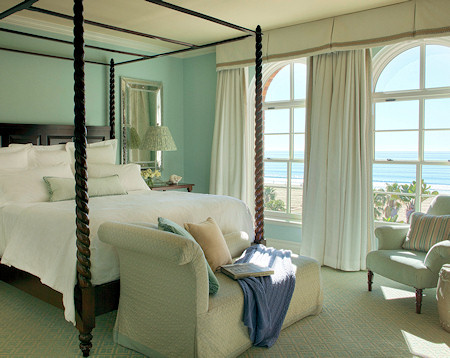 Casa del Mar’s 129 rooms come with large chaises and armoires consistent with the hotel’s motif. The four-poster beds come with Egyptian cotton bedding and a teddy bear. There are long-flowing drapes too, as well as Venetian blinds, white marble baths, and whirlpool tubs to provide hydrotherapy to stressed and aching muscles. There are also concessions to the modern times with its iPod chargers, internet access, and flat-screen cable TV. Guests liked Casa del Mar’s signature oceanfront restaurant, Catch, with its spacious room, high-beamed ceilings, and large bay windows. The bar offers light meals and cocktails, and this is also where both locals and guests—celebrities among them—gather to enjoy the live entertainment.

For those who like pampering, the Spa in Casa del Mar features treatment rooms for various wellness rituals as well as skin and salon services. Massages can either be conducted facing the pool or the ocean. Guests who are more physically active can also engage in recreational/athletic activities like running, surfing, boogie boarding, swimming, and playing volleyball. Learn more about Santa Monica here. 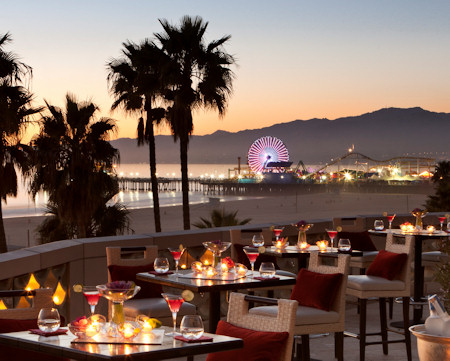 With its luxurious facilities and great location, enjoying one’s stay in Casa del Mar is indeed not hard to do.  Luxury by the sea....  Images provided by the property.