The Walt Disney Family Museum, which opened in San Francisco's Presidio on October 1, 2009, showcases Mr. Walt Disney's life story. Ten galleries present the achievements of the man who created famous animation like Mickey Mouse, transformed the film industry with Snow White and the Seven Dwarfs and created the sense of wonder in his vision of theme parks. His contribution to popular culture in America and throughout the world is captured in this newly opened museum. 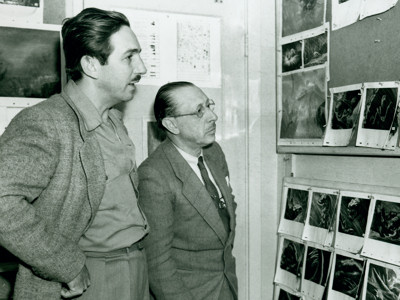 His daughter, Diane Disney Miller, a local in San Francisco, said, "My father has one of the most well-know names around the world, but as the Disney 'brand' has grown, the man has become lost". The "Family" museum successfully tells the story of the man through his own words and the words of others who know him so well. Gallery one begins with Walt's early years, born in Chicago in 1901, moved to a Missouri farm where he first learned to draw. The remaining galleries are rich with artifacts, interviews, over 200 video monitors, animation and state of the art exhibits. The final gallery concludes with a tribute to Walt Disney who died in 1966. 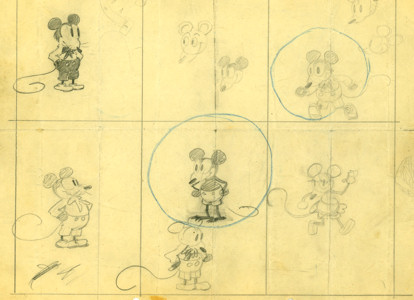 After you get your entry ticket, one is amazed at the showcases of awards on the first level. There is the original victorian furniture from Walt's Disneyland apartment along with his early history. You are then invited to enter an elevator, decorated in a historical train theme, which takes you up to more galleries. The first featuring his arrival in Hollywood. As you move into more recent periods the museums displays reflect that periods technology. You will be impressed with the great high definition video screens and multi media presentations. 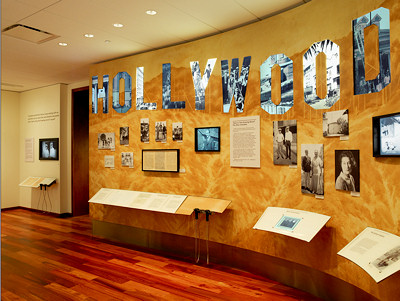 The museum consist of walking through galleries, however, there are comfortable benches to rest on. In some exhibits, the audio is a bit hard to hear unless you get very close to a display. Sound from other nearby displays can be annoying. Many of the interactive stations are computerized and there is a ton of archival material to go through--plan on at least 3 to 4 hours to see everything if your a big Disney fan. Others will find 2 hours is enough. There is a large model of Walt's vision for Disneyland and many of the attractions are in the park today. 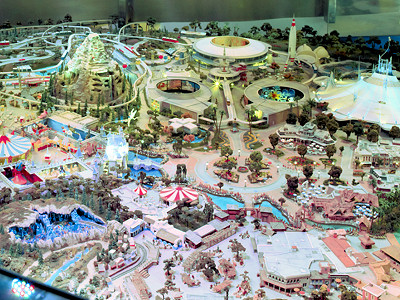 The Walt Disney Family Museum is fascinating for anyone interested in Disney, movies, history, art, theater, Americana and so on. For small children under 6, I wouldn't recommend this museum. When I interview an 11 year old boy, he stated that he enjoyed the museum and his favorite part was learning how cartoons were made. The gift shop has many drawing/art products and I was told that in the future, the facility plans to offer basic sketching classes. The gift shop also has Disney items that are unique to this museum. A small cafe offers snacks the restaurant La Terrasse, is a short walk away.

MurrayOnTravel.com was invited to visit the museum, and was provided free entry. Top photo Copyright Bruce Murray. All other images provided by / Copyright Disney, they do not allow photography inside the museum. Located in The Presidio of San Francisco, part of the Golden Gate National Recreation Area of the National Park Service, is home to the new museum. Housed in a former barrack, the building holds the main exhibit galleries, a cafe, museum store, learning center and 114-seat screening facility. Parking is ample if you choose to drive. The Walt Disney Museum is only a short walk away from the Parks Transit Center. Presidio Maps Admission is by timed-entry ticket which can be purchased up to 60 days in advance on line. Tickets are $20 for adults, $15 for seniors and students and $12.50 for children 6 to 17. Museum Website