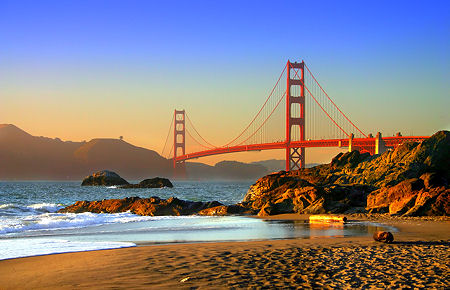 Baker Beach is a state and national public beach on the San Francisco Peninsula.

Cruise ships are the worst!  Today's travelers need more power outlets than ever, and most cruise ship cabins offer the least number of plug-in receptacles. Usually two plugs near the desk and two plugs in the bathroom. Rechargeable batteries power my digital camera, flash, video camera, cell phone, laptop, digital audio recorder. And that's just me!. Ad my Wife to the mix and that increases the demand by another laptop, cell phone, and camera. 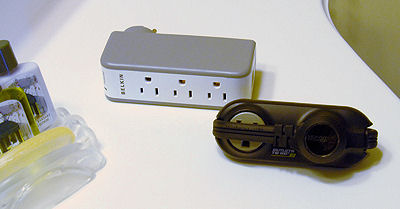 Hotels are trying hard but still come up short. It isn't unusual to find desk lamps with several power outlets in the base. But I often find myself with chargers plugged into every available outlet at the desk and in the bathroom!

Solution is a power strip, but lugging a large standard power strip with a 4-5 foot cord like the one under my desk is out of the question. Appears that manufacturers have caught on and created power strips specifically for travelers and road warriors.Â I took two units on assignment last weekend to see if they would help me with my power outlet needs. One unit is from Monster and another from Belkin. The units offer distinctly different features and at the end of the weekend one couldnât be considered a winner over the other...

If you are traveling to a remote Alaskan fishing lodge with power supplied for only a few hours per day from a diesel generator the surge suppression and power filtration capabilities of the Belkin Mini Surge / USB Charger would be best. But if you are in a hotel room with several brick styled chargers the Monster Outlets To Go 3 would be a better choice. If you have several USB charged devices the Belkin is a better choice. (note: Monster website indicates they also make a USB charger version.)

MONSTER POWER - OUTLETS TO GO 3 / Buy It NOW at Amazon.com 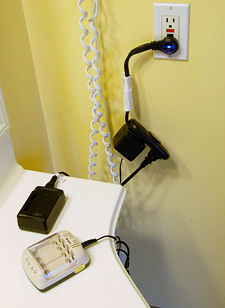 PRO - Lighter 4.4oz and smaller. The short cord gives you some added flexibility and wraps around plugs for storage/packing. Outlets are well spaced allowing for multiple power bricks. Plug glows blue when power is on allowing you to confirm the plug is hot. Helpful if some of the power outlets in the room are controlled by a light switch. Also available in 4 and 6 outlet versions. 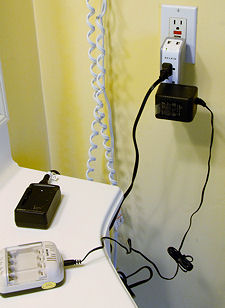 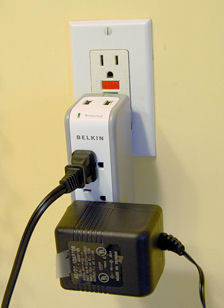 "The important thing about travel in foreign lands is that it breaks the speech habits and makes you blab less..."