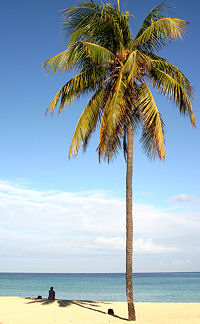 Antiqua was first discovered in 1493 and named after the Spanish saint Santa Maria de la Antigua by Christopher Columbus. The island wasn't settled until much later, 1632, due to a lack of fresh water and hostile Indians. The 13 by 10 mile island finally ended up as a part of the British Empire in 1667, and in 1981 it became independent. During the early years sugar cane powered much of the islands development.

Now Antigua is now more known for it's tourism, attracting both Americans and a growing group of Europeans. The northwest beaches and resorts are the islands most popular destinations. Some of it's most popular beaches are the mile-long Dickenson Bay and Runaway Bay, Half Moon Bay, Deep Bay, and Hawksbill.

Note: On Sunday nights go to Shirley Heights near English Harbour, this rebuilt military fort has great views and on Sunday nights is home to a great party. For Details call 268-460-1785. 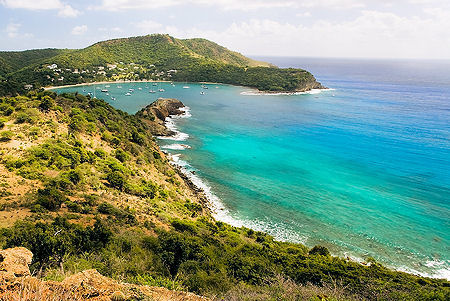 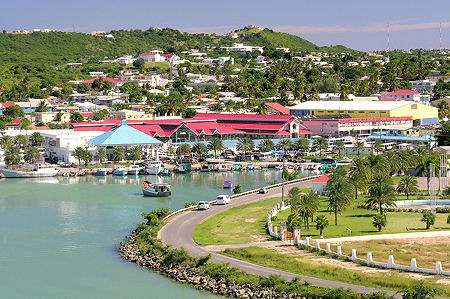 St. John's Harbor on the Island of Antigua 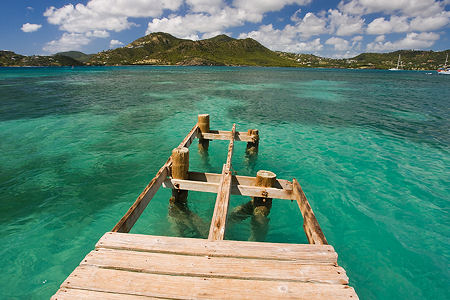 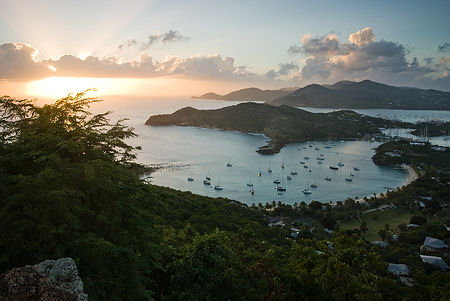