Crime Against Tourists in Mexico 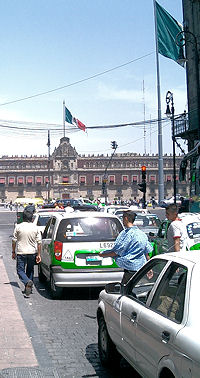 It appears that the years of violence against tourists has finally gotten the attention of US tourist and as a result the Mexican Authorities.

This year it appears that Police and drug traffickers have been going at it in towns near the US border crossings. Travel industry trade papers have reported that this years spring-break college travelers decided to skip the possible problems and have found other destinations, avoiding Mexico.

Crime against tourist has always been a problem in Mexico and maybe it's the ability of the Internet to spread the word that has made it more visible to travelers. Risks include theft, sexual assault, and something new to me called Express Kidnapping. Never heard of express kidnapping? It is when you are kidnapped and taken to an ATM and forced to remove as much cash as possible.

Here is what the State Dept. website currently says about Mexico. "Crime in Mexico continues at high levels, and it is often violent, especially in Mexico City, Tijuana, Ciudad Juarez, Nuevo Laredo, Monterrey, Acapulco, and the state of Sinaloa. Other metropolitan areas have lower, but still serious, levels of crime. Low apprehension and conviction rates of criminals contribute to the high crime rate. U.S. citizen victims of crime in Mexico are encouraged to report the incident to the nearest police headquarters and to the nearest U.S. consular office."

Now that business investment is endanger, read this article, the Police have begun to crack down in border towns like Tijuana. But I still recommend extreme caution when visiting Mexico.